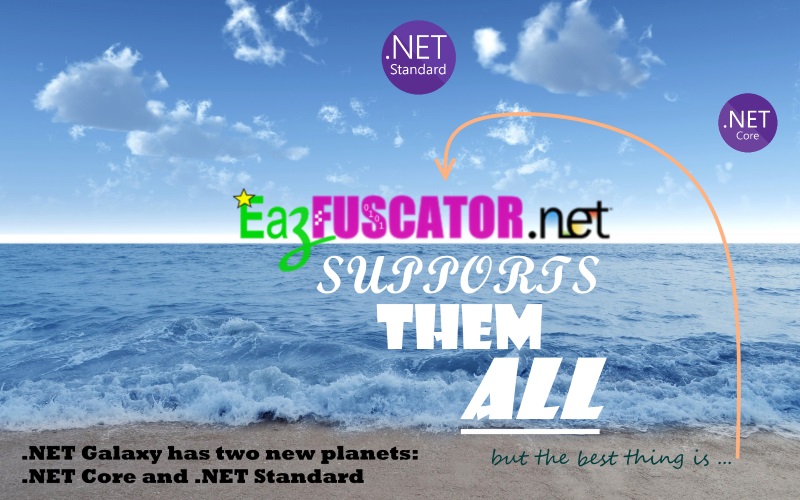 It was a long ride.

.NET Core started with a bit astronautical project system based on project.json files. While they were useful to some degree, the overall experience was at times disappointing.

Thanks to the Gods of Common Sense, Microsoft then refactored the .NET Core project system to a proven MSBuild format. Visual Studio 2017 brought the new MSBuild-based tooling for .NET Core, so you could enjoy all the goodies of a mature build system.

Not that project.json was an absolute evil. Actually it gave birth to two important concepts we use today:

<PackageReference> items are interesting beasts. While they originated in a galaxy far far way, you can add them to your Windows Forms (or whatever) MSBuild project like this:

And then the magic happens. Newtonsoft.Json library becomes instantly available to your code. I wouldn't be too far away if I say that <PackageReference> is the future.

The new Eazfuscator.NET 5.7 brings full support for all these goodies plus a bit more. Portable PDB is the new file format for debug information. It is not so widespread nowadays but this is the default representation of debug symbols for .NET Standard assemblies. We've got it covered in Eazfuscator.NET 5.7, too.